▶️ ‘He was a Sisters bull’: The story of Red Rock, the Hall of Fame rodeo bull

Plenty has happened at the Sisters Rodeo over the last 82 years, but maybe the biggest single event was the day the late, legendary bull rider Lane Frost rode Red Rock.

Or did he? There’s some lingering controversy.

Named for Red Rock, of course. 1,750 pounds of Brahman-Hereford mix. A Hall of Famer.

Red Rock came out of the chute 309 times, Curt said.

“Nobody could ever ride him.”

He was a national rodeo star and a local legend.
“He was a Sisters bull. He lived a big part of his life here. He was owned by a Sisters stock contractor,” Curt said. 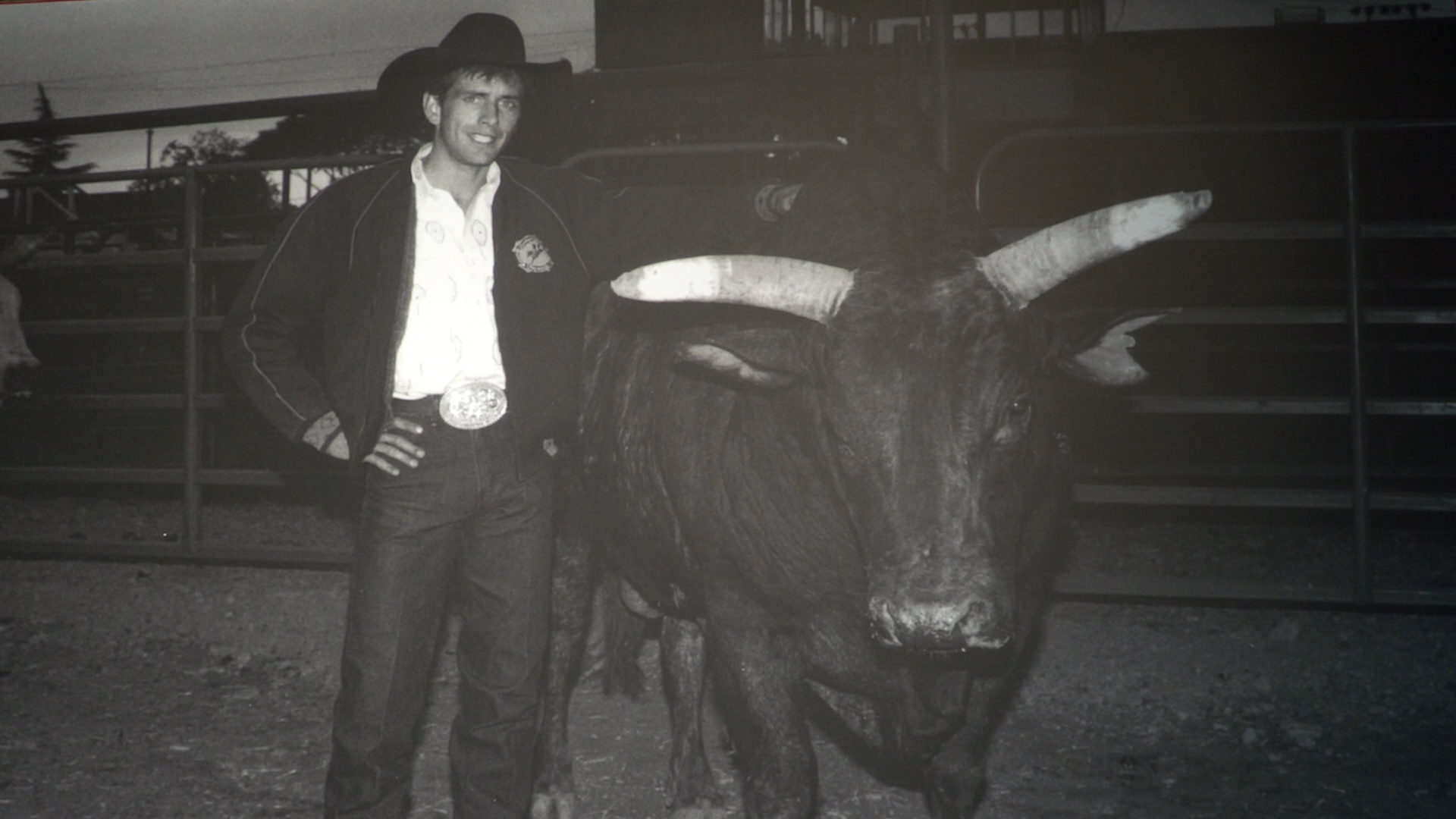 SEE ALSO: ‘Cowboy Up’ presentation visits Crook Co. schools, teaches rodeo values
SEE ALSO: Bend’s first ever Miss Rodeo Oregon kicks off High Desert Stampede
Born out east in Mitchell, Oregon. He was orphaned and raised by dairy cows.
“He was two years old when he was purchased out of the Madras livestock auction,” Curt said.
“And he was named after a butte there. A big, red, cinder butte,” Curt said, adding that one of the owners didn’t really want to name him Red Rock.
“His hip number was 007, but he was a secret agent without a doubt.”
An agent with a license to buck. He retired, undefeated, in 1987.
“And you talk to the bullriders who rode him at that time — Charlie Sampson, world champions — one right after another said they never been thrown to the ground so hard,” Curt said.

He was also a pussy cat when he didn’t have a cowboy on his back — and a bit of a show-off.

“You could put a young kid on his back he would just stand there. He liked that kind of attention,” Curt said. “When he would buck off a cowboy, he would mainly often just circle the arena like “pretty good, huh folks?'”

After he retired, promoters had an idea: Pair Red Rock with young stud bullriding champion Lane Frost and take the show on the road.

It was dubbed the Battle of the Champions.

“That would be the world champion bullrider against the great Red Rock that was retired undefeated. So they decided to put a seven event schedule together and buck him seven more times,” Curt said. One of the stops was, of course, the Sisters Rodeo. Curt was there.

“It was like a heavyweight fight,” Curt said. “They say he rode him eight seconds in Sisters. Some people said it was close. He was coming off at eight, but they did score him. And they said if (Red Rock) hadn’t been hauled eight hours in a trailer from Livermore, California, (Lane) never would have ridden him.”

The two champs were both inducted into the PRCA Hall of Fame and were actually pals outside of the arena.

And they made for a great box office team. Their battle was a key part in the 1994 biopic “Eight Seconds” with Luke Perry starring as Lane Frost.

Frost died a year after his 4-3 series win over Red Rock. He was killed while riding at a rodeo in Cheyenne, Wyoming.

At Frost’s memorial during the national rodeo finals that year, they brought back Red Rock to, in a way, pay his respects.