Matt is a veteran newsmaker who most recently anchored for KSTU-FOX in Salt Lake City. Previously the lead anchor for KTVZ-NBC and KOHD-ABC, Matt is a familiar face in the Central Oregon market. 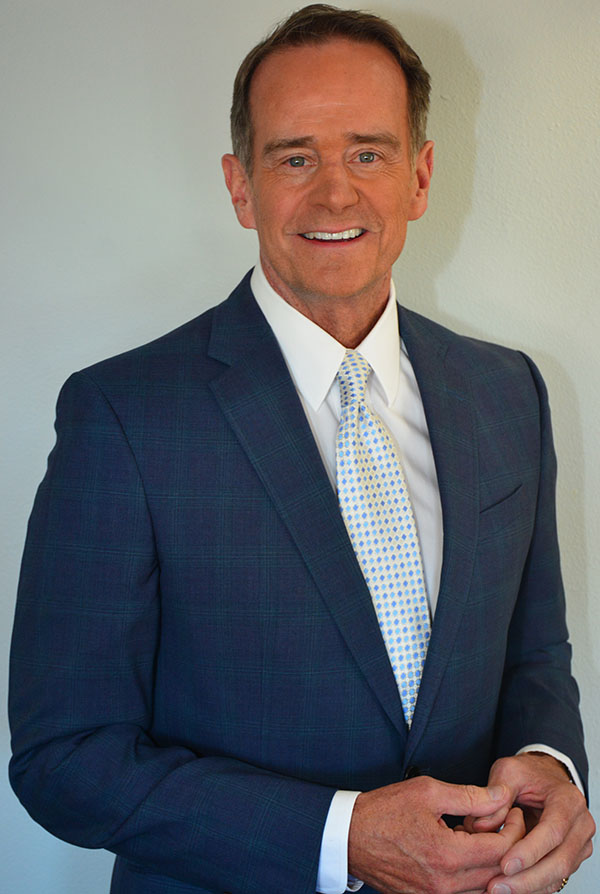 David has always followed his heart when it comes to choosing a home. And that has put him in every region of the country over his nearly 40-year television career. But his decision to call Central Oregon home releases a real tug on his heartstrings. His daughter also calls the Pacific Northwest home and being closer to her has been a decade long goal.

David’s journalistic path has put him in the Middle East for live coverage of the Gulf War as well as the deck of a drug cartel-chasing Coast Guard cutter in the Gulf of Mexico. David has also been a go-to live reporter for every major hurricane over the past 25 years from Andrew to Katrina.

“But the most rewarding part of the job is having a positive impact on the lives of viewers,” David says. “That’s when you realize just how critical the role of a journalist can be.”

When David isn’t helping you rise and smile on Good Morning Central Oregon, you’ll find him busy in the kitchen cooking with his wife Patty, or in the workshop building some unique piece of furniture.

Please reach out anytime if you have a story you think could make life in Central Oregon even better at dklugh@zolomedia.com. Allen Martin has more than 40 years of experience in television and radio journalism.

He graduated from Loyola Marymount University in Los Angeles, where he was born and raised, and immediately began his broadcasting career at a radio station in Sacramento. From there it was back to L.A., San Francisco and Atlanta, Georgia where he worked for CNN. From there, his television chapter began with an anchor position in Fort Smith, Arkansas; followed by stations in Salinas, Oklahoma City, Monterey, San Francisco and now beautiful Central Oregon.. And Bend! An anchor and reporter at KING-NBC in Seattle for 21 years, he also served as Pacific NW correspondent for Al Jazeera America. Emily Kirk is a native Oregonian whose passion for people and community led her to local television news. Her more than six years of storytelling in Central Oregon make her a familiar face on the mountain, at the store, on-air and online. She loves to connect and help keep the High Desert a wonderful place to call “home.” Email Emily at ekirk@centraloregondaily.com My interest in weather started in 2005 with Hurricane Katrina. I rode out the storm a mile from the beach with my immediate family and saw the devastation of the worst storm to hit the MS Gulf Coast in 36 years. During the couple of weeks after the storm, I climbed the ten foot piles of debris and tried to salvage what I could. It was then that I recognized my calling and wanted to learn How &amp; Why all of that happened so I could tell everyone When &amp; Where it will happen next. Lauren has called Bend home for the past 14 years. After graduating from The University of Arizona she joined the team at KOHD in 2007 to help launch their “Daybreak” morning show. After anchoring and reporting for many years she got involved in nonprofit work with Saving Grace here in Central Oregon. She is excited to get back to her roots and wake up bright and early to bring you the morning news. Brooke is a 35 year multimedia veteran with deep Central Oregon roots. He anchored and reported on KTVZ-NBC in the 1990s and has been on local radio stations. He also wrote the best-selling “Fishing Central Oregon” guide book, now in its sixth printing. Email Brooke at jsnavely@centraloregondaily.com Scott is a graduate of Mississippi State’s Meteorology program. He earned his AMS Seal of Approval in 2008 while  developing his forecasting chops in Anchorage, Alaska.
In 2012, he discovered Central Oregon and within six months had left his home town of Seattle and moved permanently to Bend where he is an avid XC skier, hiker, kayaker and anything else that keeps him outdoors in the fresh air. Scott subscribes to the old saying “there is no bad weather, just poor clothing choices”. Morgan was born in Seattle and has lived in the Midwest (Ohio and Indiana) and West Coast throughout her life. She attended the University of Oregon and double-majored in journalism and cultural anthropology.
She started her journalism career as a freshman reporting, anchoring and producing for her school’s broadcast news station, Duck TV. Throughout her time in college, she was the multimedia director for Ethos Magazine, a videographer for the Oregon Track Club, a media personnel and moderator for the 2021 Olympic Trials. She also interned in London, England as a dual citizen with the social enterprise journalistic publication Pioneer’s Post.
If Morgan isn’t whitewater kayaking, snowboarding down Mount Bachelor or downing dangerous amounts of coffee, you can find her reporting in Central Oregon and gathering important stories with a camera and mic in hand.
If you have a story idea, you can get in touch with Morgan at mgwynn@centraloregondaily.com. Steele grew up in Central Oregon, graduating from Madras High School. His love of sports led him to be an assistant coach for the Madras White Buffalo football team before accepting a job as the sports editor at the Madras Pioneer. Steele was a sports editor for two years and has his sights set on becoming a sports anchor. When not working, Steele enjoys exploring all the amazing sights the state of Oregon has to offer. Email Steele at shaugen@centraloregondaily.com After falling in love with videography in college, Karli made the switch from print journalism to broadcast news. She grew up in the Eugene area and went on to earn her MA in Journalism from the University of Limerick in Ireland. Tired of dark, rainy weather and eager to learn, she moved to Bend to join the team with Central Oregon Daily. She has enjoyed growing her skills in the newsroom and exploring the stunning central Oregon nature. Email Karli at kolson@centraloregondaily.com Eric has been with Central Oregon Daily News since the launch of the newscast in 2016. He’s an 11x Emmy nominated feature reporter, writer, editor and videographer whose stories are known to make a positive impact on the community. He has a degree from Chapman University in film/documentary production and has put his skills to use by producing numerous documentary specials and multi-part series for Central Oregon Daily News. Email Eric at elindstrom@centraloregondaily.com Steve is a television photojournalist of 17 years and has three Edward R. Murrow Awards for excellence in journalism. A storyteller with a video camera, he has seen almost every form of natural disaster, watched an armed occupation of a bird sanctuary unfold, and covered many government meetings. You can reach Steve at skaufmann@centraloregondaily.com 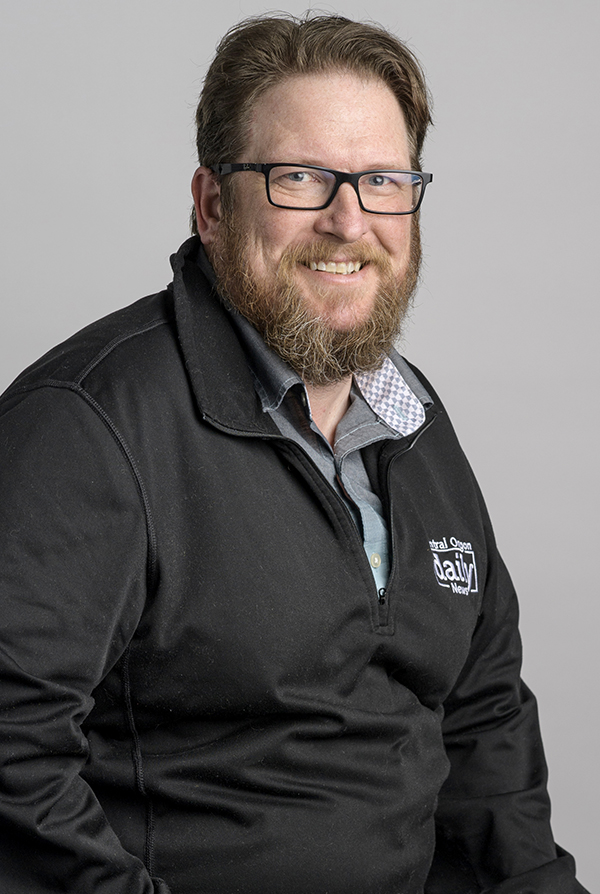 Travis has nearly three decades of experience as both a morning newscast producer at KING-TV in Seattle and as a digital content producer for both KING and on a national news desk. A lifelong Pacific Northwest native who is dedicated to his family, his dog and his WSU Cougars (Go Cougs!)