The Oregon Department of Forestry says it is withdrawing its initial statewide wildfire risk map, and the notifications it sent to property owners, after getting feedback from nearly 2,000 Oregonians.

The Oregon Explorer Wildfire Risk Map, mandated by Senate Bill 762 in 2021, was released on June 30. The Department of Forestry sent notices to property owners who were considered to be in the high or extreme risk classifications.

“In response to input received since posting, we have decided to remove the current iteration of the wildfire risk map from the Oregon Explorer and withdraw the notices sent,” Oregon State Forester Cal Mukumoto said in a statement. “We will immediately begin working with Oregon State University on some refinements to improve the accuracy of risk classification assignments based on what we’ve heard from property owners thus far.”

The updated map, when ready, will be presented to communities for their input, Mukumoto said. After that, the map will be finalized, posted and new notifications will go out to property owners in those two classifications. That in turn will start a new appeal period.

A schedule for all of that is yet to be announced. 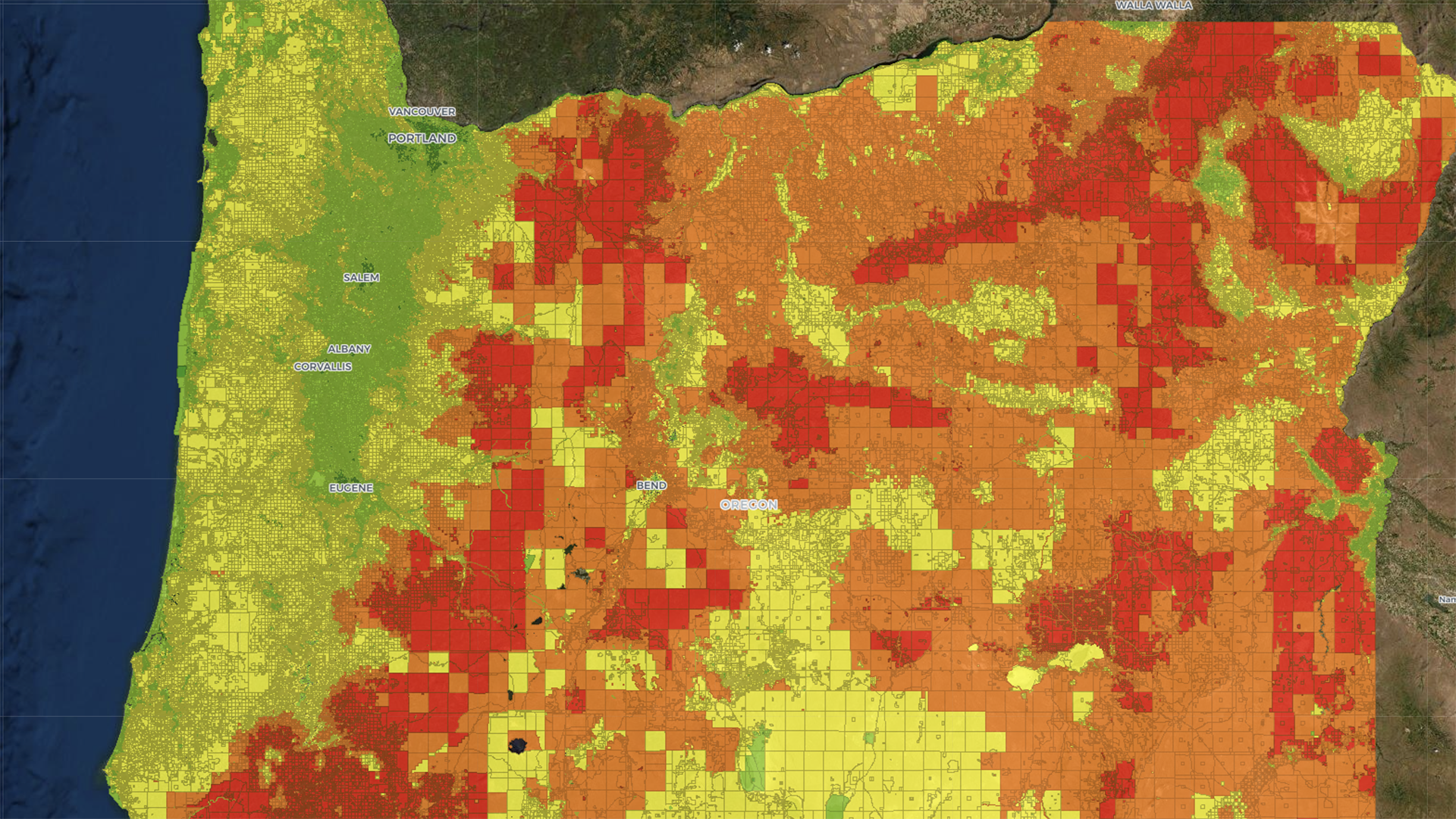 “We know how important it is to get this right, and we’re fully committed to continuing to work with the Governor’s Office, legislators, our partner agencies, local governments, and Oregonians to do just that,” Mukumoto said

Because the initial map and notifications are being pulled, any appeals that have already been filed “become moot,” the department said. But it said it will review information from those appeals to determine areas that need a closer look.

The Department of Forestry warns that the decision to pull the initial map does not impact code development and adoption processes currently being conducted by the state fire marshal or the Building Codes Division.

The Oregon Fire Chiefs Association said when the map launched that the tool can identify regions at highest risk for wildfire. That will allow prevention, preparedness and response efforts to be better concentrated where they need to be.

Areas in red are considered extreme risk. Orange is high risk and yellow is moderate risk. Light green and dark green are low risk and no risk, respectively.

In addition to an overall look at wildfire risk areas in the state, the map has a feature that allows the user to input a specific address or latitude and longitude.

The Oregon State Fire Marshal’s Office says the map may also be used to identify homes and properties that could be subject to future defensible space regulations.

The development of the Oregon Defensible Space Code, which was part of SB 762, is still underway and is expected to be completed by December.