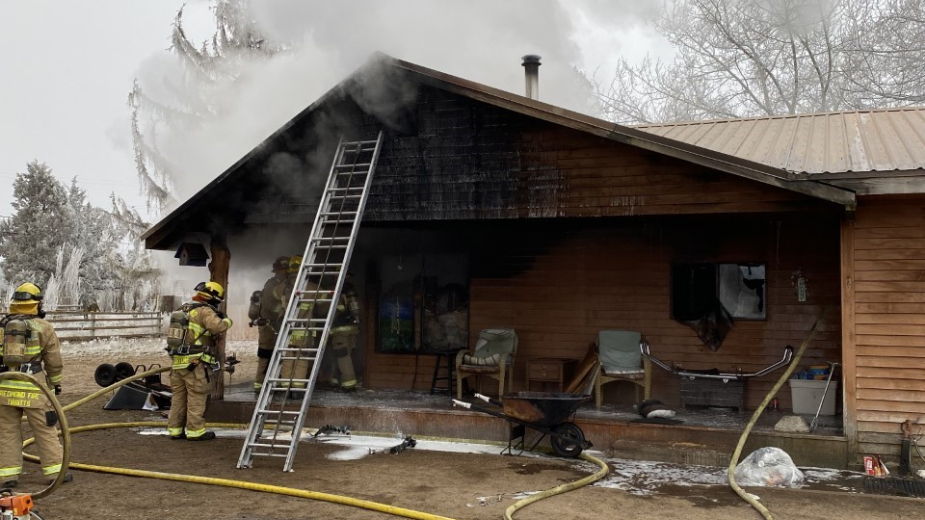 Firefighters put out a fire Thursday morning in a Redmond house which was slated for demolition.

Redmond Fire & Rescue was dispatched around 9:14 a.m. to a report of a structure fire on Elkhorn Ave., near Ridgeview High School but on district property.

Battalion Chief Ken Brown said the fire was in the living room and part of the kitchen.

Bystanders and district employees said the house was supposed to be empty, but there might have been someone living inside, according to Jones.

Jones said the resident was in the process of moving out and their personal items were still in the house, making search efforts difficult.

Firefighters attacked the flames with hose lines, but the personal items restricted their access.

Crews pulled out over safety concerns.

The resident was quickly located, and no injuries were reported.

The cost of the fire is not known.